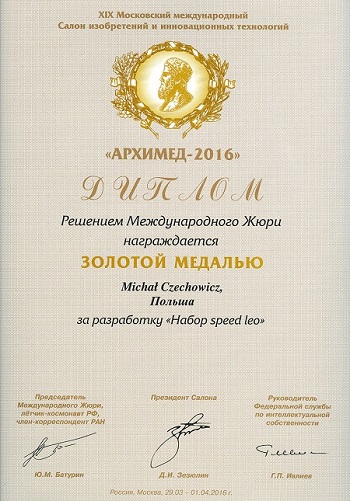 SPEED LEO Quick Cleaning Set was awarded a Gold Medal during the 19th International Salon of Inventions and Innovations, which took place in Moscow between 29 March and 1 April.
The Moscow fair is one of the most prestigious events of this kind in the world.
“Speed Leo” was awarded the GOLDEN MEDAL also at the International Exhibition of Technical Innovations, Patents and Inventions
“Invent Arena 2016” which was held in the Czech Trinec between 16 and 17 June 2016.